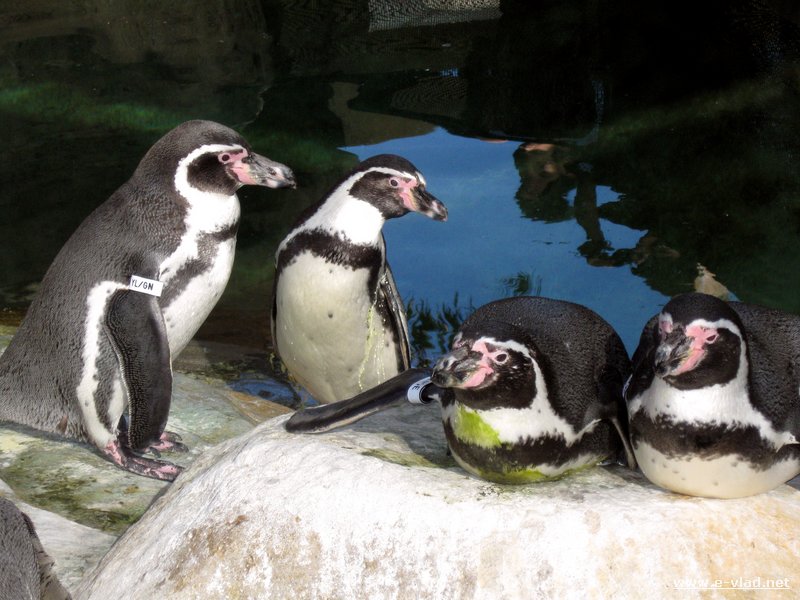 If you’re wandering what to do in Santa Barbara with kids, the answer is simple: there are lots of things to do. It all depends on you and your kids, what you like to do and what they like to do. From beautiful beaches to museums and a gorgeous zoo, Santa Barbara is simply awesome for visiting with kids. I have tried to group these Santa Barbara attractions geographically (so you don’t waste time driving) rather than rate them as it is difficult to do realistically as every kid likes different things. We will start off Cabrillo Boulevard at the Zoo and work our way near the Santa Barbara Pier and up State Street all the way to the Mission and up to the Botanic garden. So, come along with me as we explore my favorite things to do in Santa Barbara with kids. 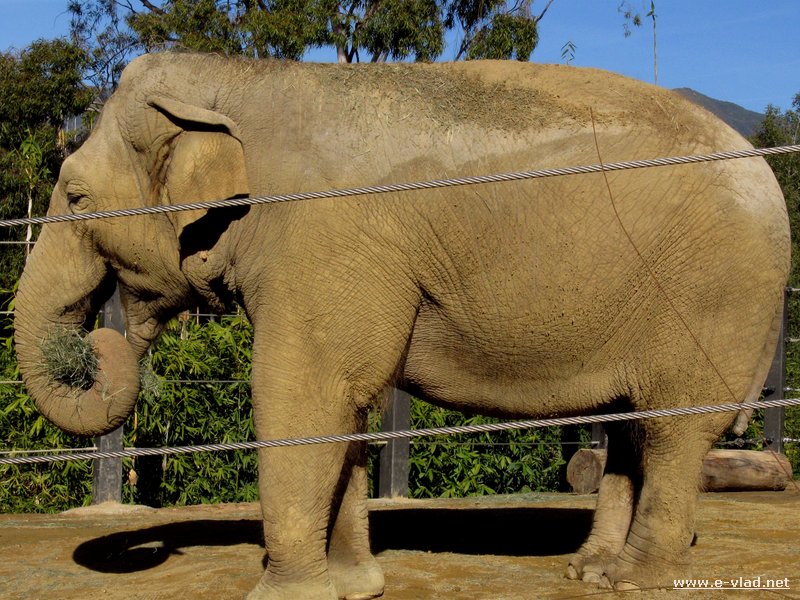 The Santa Barbara Zoo has spectacular views of the Pacific Ocean and the Santa Ynez Mountains. Located on 30 acres of botanic gardens, the zoo’s small size makes it one of the ideal things to do in Santa Barbara with kids, especially younger kids.

The zoo hosts 112 different species of animals. Highlights include a deck where visitors can see Masai giraffes; an exhibit area with a family of African lions; and an island area with monkeys and other primates, including monkeys. Other animals on exhibit include gorillas, California condors, otters, anteaters, leopards, meerkats, non-venomous snakes, and alligators. Kids will enjoy riding a train around the zoo’s perimeter. 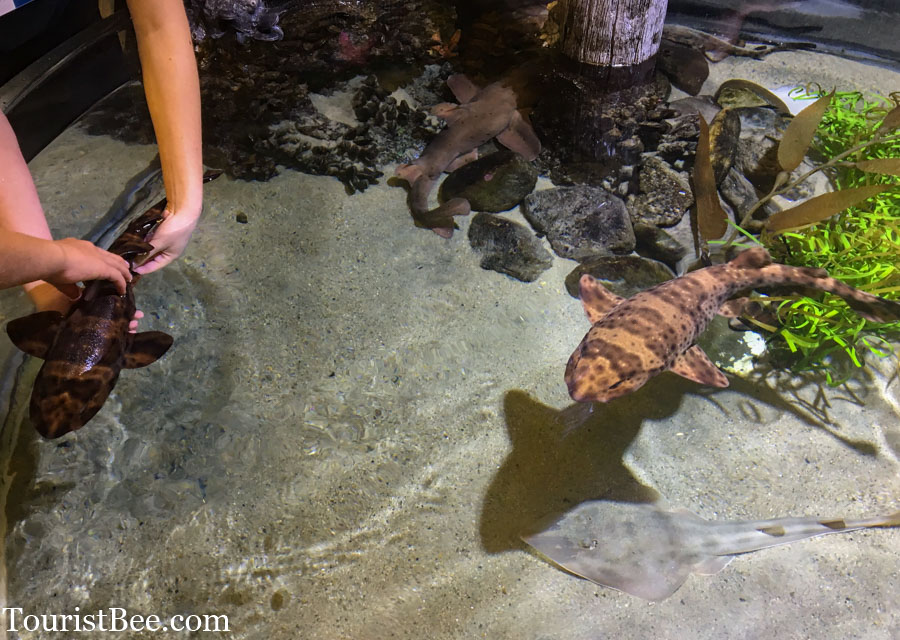 The Sea Center has a shark cove, where kids can touch small sharks and watch baby sharks grow in their eggs. In the Intertidal Wonders area, kids can feel hermit crabs and sea anemones. A wet deck allows kids to use oceanographic tools to examine marine life. The Center’s upper level hosts exhibits on the Santa Barbara Channel’s habitats, marine snails and White Abalone. 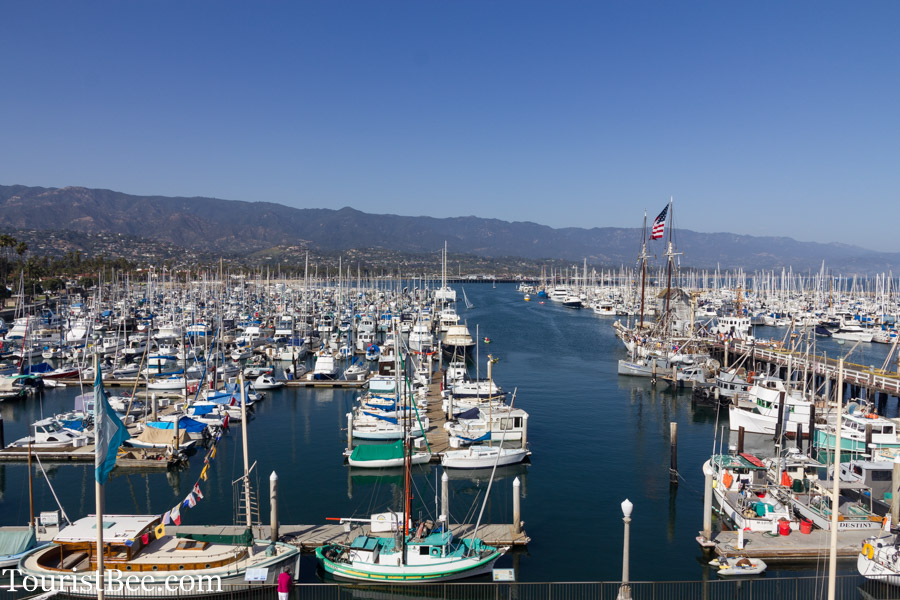 Built in 1929, the Santa Barbara Harbor is home to both fishing and pleasure boats, a museum, a visitor’s center, a few restaurants and small businesses, and the local Coast Guard base. Spending time at the Harbor is one of the enjoyable things to do in Santa Barbara with kids.

At the Outdoors Santa Barbara Visitor Center, there is a rooftop deck with beautiful harbor, beach, wharf, and island views.​​ 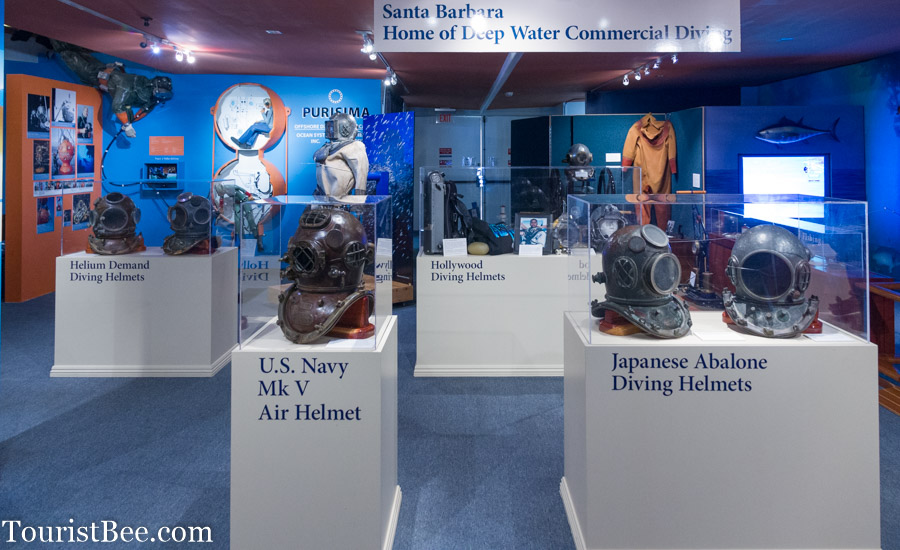 4. Go to the Beach in Santa Barbara 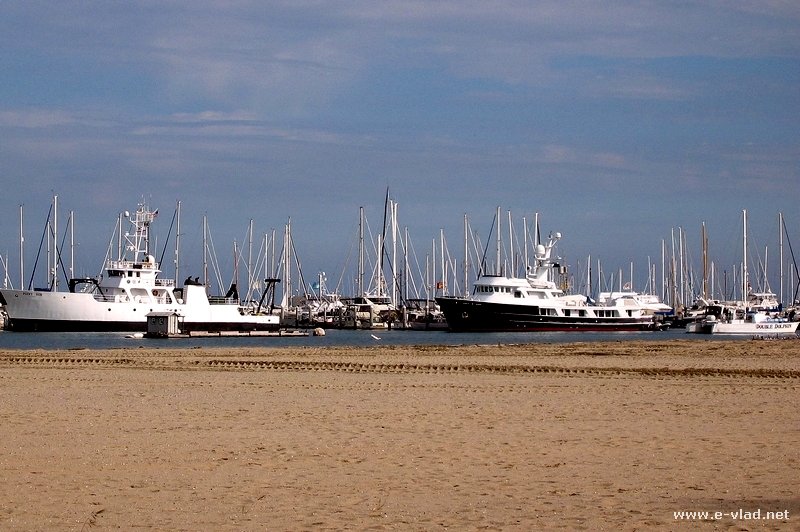 There are four beaches near the Santa Barbara Harbor and Stearns Wharf. West Beach, East Beach, Sandspit Beach, and Leadbetter Beach allow kids a chance to build sand castles, play volleyball, boogie board, and cool off in the Pacific Ocean, making a beach visit a must on the list of things to do in Santa Barbara with kids.

West Beach, protected by the harbor, is a great beach for boat watching, sand castle building, playing volleyball, and watching fireworks. The beach’s shallow waters allow smaller kids to play in the ocean. East Beach has sand volleyball courts, a playground, a bike path, and a picnic area. Leadbetter Beach has lighter waves, making it perfect for kids learning to surf, paddleboard, or boogie board. Sandspit Beach, at the end of the harbor’s breakwater, has fewer visitors and nice views of the city. 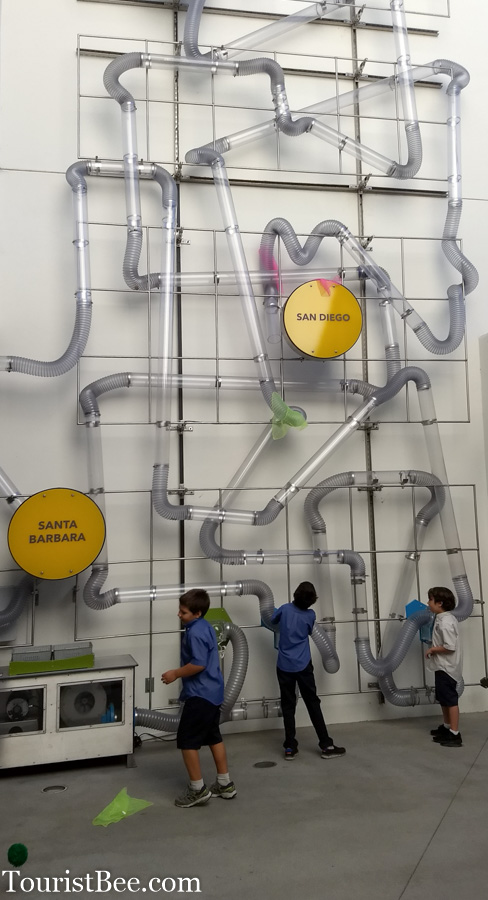 Visiting the Wolf Museum of Exploration & Innovation, better known as MOXI, is one of the most fun things to do in Santa Barbara with kids. MOXI has three floors filled with science, technology, engineering, mathematics and arts learning experiences, interactive exhibits, art displays, a makerspace, and an exploration lab. 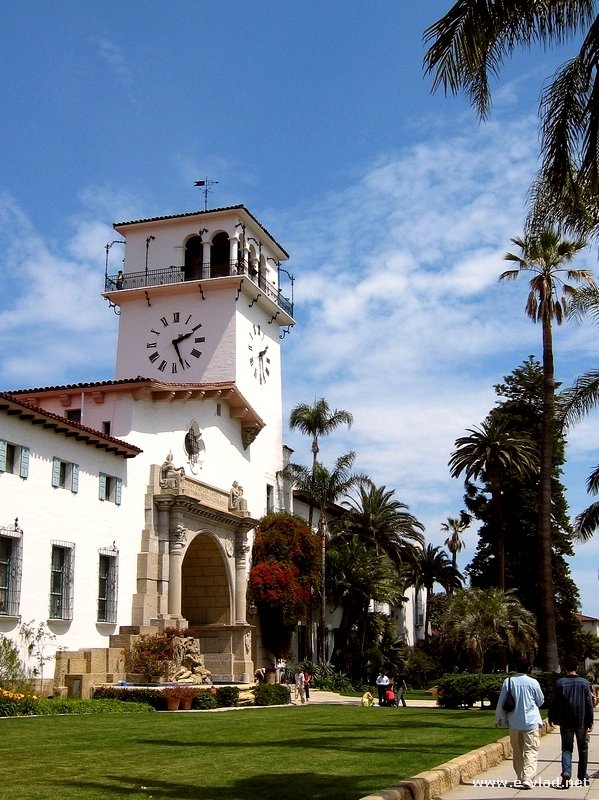 Completed in 1929, the Santa Barbara County Courthouse employs Spanish-Colonial Revival style architecture, which inspired the designs for other Santa Barbara buildings. The Courthouse’s clock tower and the tower’s clock gallery makes the Courthouse one of the most fun things to do in Santa Barbara with kids. I have also placed the courthouse on my walking tour of Santa Barbara, as we always take our friends and family here when they come for a visit.

The courthouse tower’s clock gallery entertains kids as they watch the pendulum, the mechanisms, and the electronics that keep the four-sided clock running. The gallery also has a three-sided wall mural that depicts the history of timekeeping. An observation area on top of the courthouse tower, with panoramic views of Santa Barbara, is open to visitors. The courthouse, which is still in use today, has a historic courtroom and a mural room depicting the city’s history. All of these are free to visit which makes the courthouse one of the best free things to see in Santa Barbara.

Kids World Park is an 8,000 square foot playground located in Downtown Santa Barbara’s Alameda Park. The whimsical maze-like playground has many features that will keep children busy, making the park one of the fun things to do in Santa Barbara with kids. This is a super cool place especially for smaller children. This park reminded me of taking my kids to Solvang at the Sunny Fields Park. 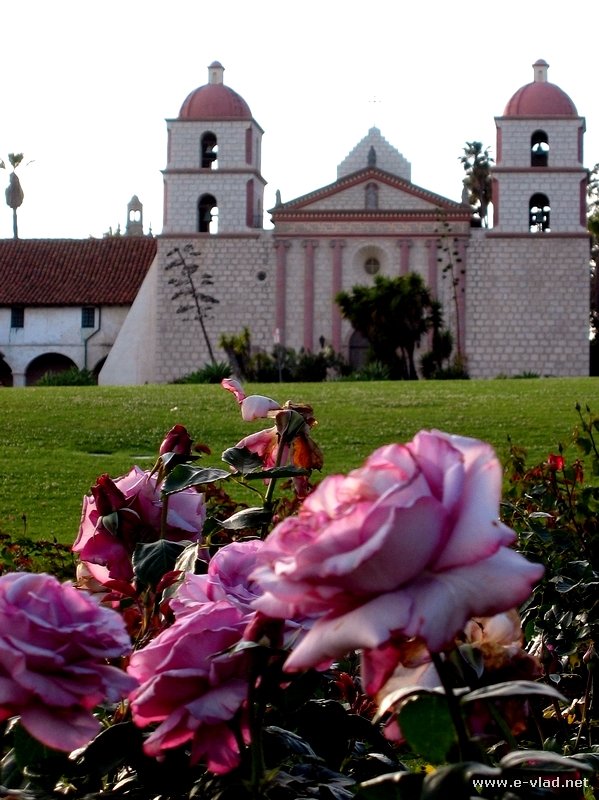 The tenth of the California Missions established by the Franciscans, Old Mission Santa Barbara was founded on December 4, 1786. One of the historic things to do in Santa Barbara with kids, the Mission provides a glimpse at Spain’s attempt to convert the area’s indigenous population to Spanish citizens.

The Mission’s museum consists of original guest and missionary living quarters containing Mission period artifacts. The Mission church features 18th and 19th century art work. The adjacent Mission Historical Park is home to the A.C. Postel Memorial Rose Garden, with over 1,500 rose bushes. A large open grassy area at the park is perfect for a picnic.

The Santa Barbara Museum of Natural History is home to over three million specimens covering mammals, birds, marine life, geology, astronomy, anthropology, and paleontology. The museum’s exhibits teach families about the living world and outer space, making it one of the more educational things to do in Santa Barbara with kids. 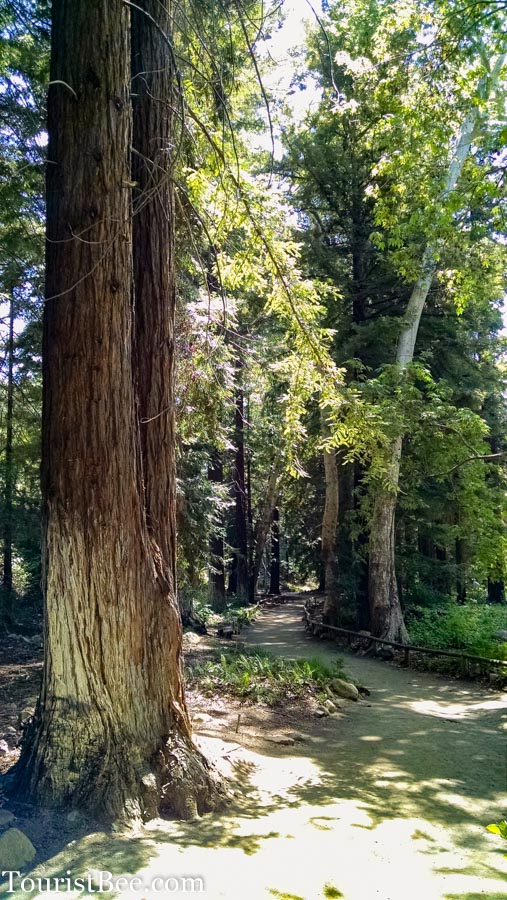 The Santa Barbara Botanic Garden showcases 900 wild plants native to California in their natural environment. The Garden is divided into different areas connected by five miles of trails. Seeing California’s biodiversity in one place makes a visit to the Botanic Garden one of the educational things to do in Santa Barbara with kids.

The Backcountry is an interactive nature space where kids can build forts, climb up fallen trees, and enjoy activities in outdoor play structures. A pollinator garden attracts butterflies, bees, and hummingbirds. Kids can wander and hide among 100 year old sequoia trees in the Redwoods area. Scavenger hunt lists are posted on the Garden’s website.

Is it Worth Visiting Santa Barbara with Kids?

Absolutely! Not only parents will love Santa Barbara but children as well. In fact, making a family day trip to Santa Barbara will enrich your family and provide lots of fun Santa Barbara activities for kids.