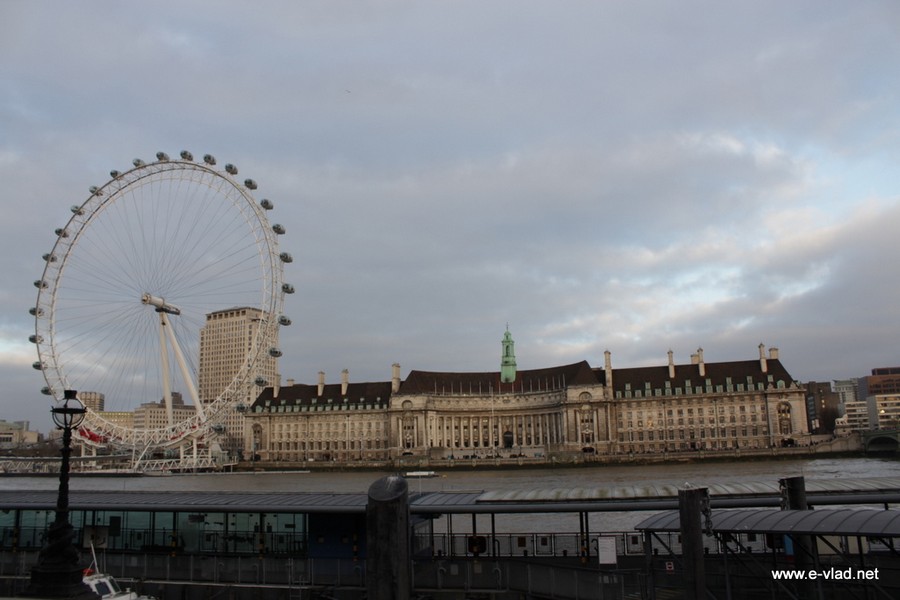 
The city holds a key to some of the world’s most famous history, its legacy living on through the iconic structures and buildings that still stand today. These locations have helped shape the course of history to the architectural triumphs. Many of these landmarks and historical buildings are open to the public- so we can indulge in their stories and history. Any visit to London must include historical places, so come along with us as we explore the best historical buildings to visit in London. 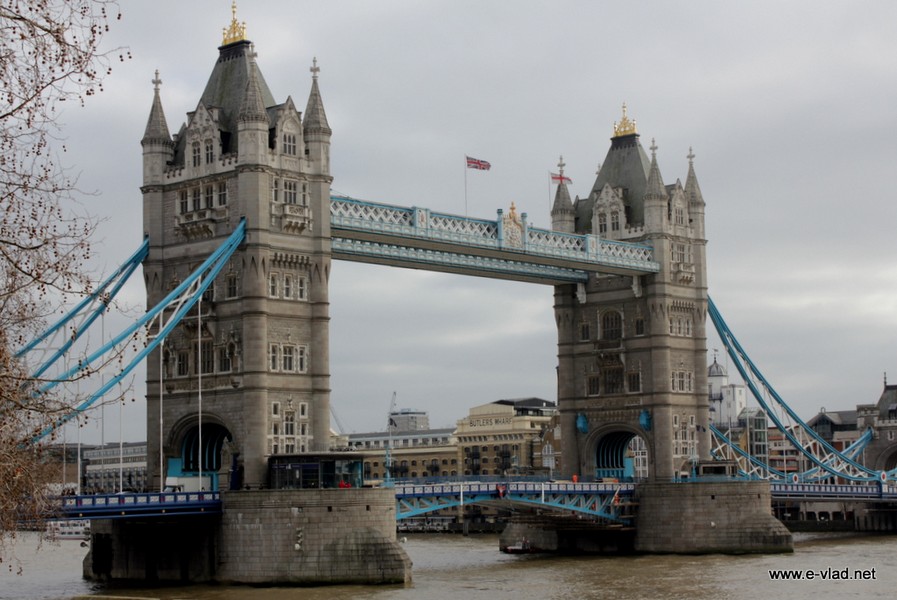 Let’s start with the most symbolic of historical buildings in London. One of the most iconic bridges across the globe, the Tower Bridge was built in 1886, and has sat astride the River Thames ever since. This bascule steam-powered bridge was deemed the feat of industrial engineering during its construction and is now one of the most iconic landmarks in the country.

The bridge was engineered by John Wolfe Barry and was designed to give better access to the East End of London, and has expanded its commercial potential since the 19th century. It’s constructed with giant movable roadways that lift for passing ships- a feature that is popular with tourists. Visitors can visit an exhibition that demonstrates why the bridge came into existence and the construction process, and visitors can also experience the panoramic views from the high-level walkways and glass floor. 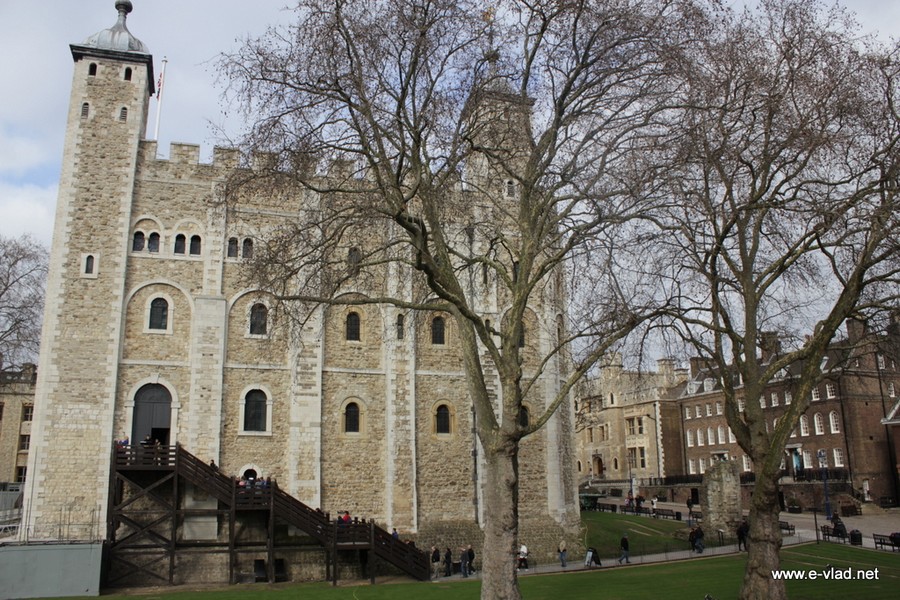 London, England – White Tower within the Tower of London fortress.
See my photos from London

Another infamous landmark of the capital city is the Tower of London. Originally built by William the Conqueror in 1078 as part of the Normal Conquest of England, the tower has served as many things- from a strategic defensive fortress, a royal residence, a treasury and the nation’s most infamous prison. The tower has been at the forefront of England’s most historic events over the last 1,000 years, as its where Queen Elizabeth I was imprisoned by her half sister Mary I during their rivalry, in addition to being the place where two young princes who stood in the way of Richard III becoming king mysteriously vanished. The Tower of London is also where Guy Fawkes was tortured, until he confessed to the Gunpowder Plot. To put it simply, the building has been home to some of England’s most defining historical moments and should definitely stay on the top of historical buildings in London.

Nowadays, the Tower of London has distanced itself from the notion of imprisonment and torture (great news in our opinion!), and instead has opened its doors for visitors to come and see the surviving age-old traditions. Guests can wander around the building, and the legendary Yeoman Warders are still hugely popular. However, perhaps most prolific is the Crown Jewels that sit in the Tower of London- and are the most powerful symbol of the British Monarchy.
A Charming Tour from Tower of London to St Paul. 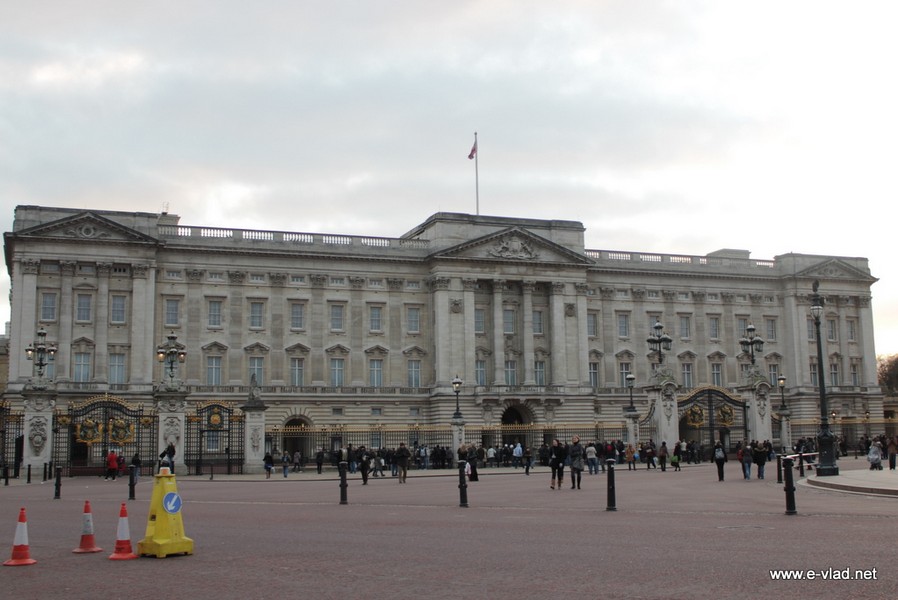 The official residence of the British Royal Family, Buckingham Palace is one of the iconic historical buildings in London.
See my photos from London

Next on our list of historical buildings in London, comes the very symbol of British royalty. Wherever you are in the world, the name “Buckingham Palace” registers, due to its inextricable links to the royal family. Residing there since 1837, Queen Victoria was the first sovereign to call Buckingham Palace ‘home’ and was the first royal to leave the palace for her coronation, which was in 1838. The home of the British Monarchy is visited by millions of tourists each year who all hope to catch a glimpse of the royals. Hosting an astonishing 775 rooms, 19 rooms are open to visitors every summer, and throughout the rest of year the palace is known for serving royal events and ceremonies – including knighthoods and dinner dances.

Perhaps the most famous ceremony to take place in the palace was the Queens golden jubilee – which saw Queen guitarist Brian May deliver a rendition of ‘God Save the Queen’ on the rood of Buckingham palace- accompanied by the Royal Academy of Music Symphony Orchestra. If you want to visit the palace, you can watch the infamous Changing of the Guard ceremony, in which the Queen’s guards change their position, and if you’re able to visit inside the palace, you can see the finest collection of royal art in addition to the Royal Mews.
Walking from London Eye to Buckingham Palace. 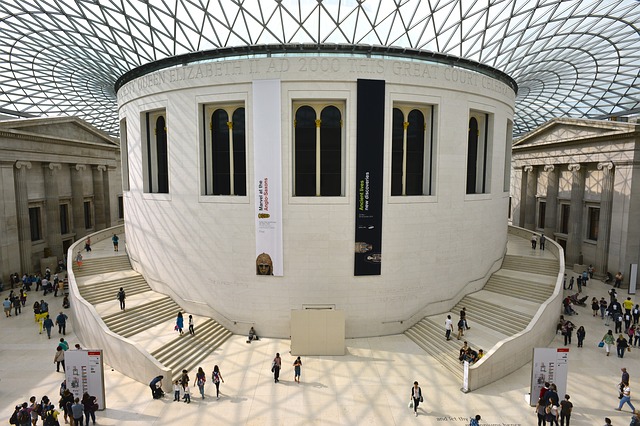 Opening its doors to all “studious and curious persons”, the British Museum was the first national public museum, opening its doors in 1753. The institution, which is dedicated to human history, art and culture, has a collection of eight million works – which is the largest and most comprehensive in existence. Upon its opening, the museum was largely based on the collections and items of Anglo-Irish physician and scientist Sir Hans Sloane, and due to expanding British colonization resulted in being the first Natural History Museum in 1881.

When visiting, guests are able to experience the world’s ancient wonders, including the Elgin Marbles which were taken from the Parthenon in Athens to Egypt’s Rosetta Stone ad Assyrian treasures. Over 6 million visitors have spent time discovering a collection that spans over 2 million years of culture and history and is also home to the infamous glass roof – also known as the Reading Room. 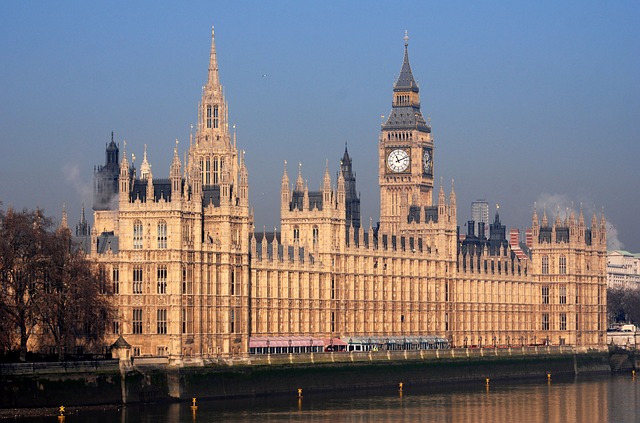 Home to the House of Commons in addition to the House of Lords, the Palace of Westminster is the UK’s political hub. Often, it is referred to as the Houses of Parliament, but its official name originates from Westminster Abbey, which is nearby. Since the 11th century, palaces have been constructed on this site, and was the dominant residence of British Kings until 1512.

The palace lies on the north bank of the River Thames, and its Gothic Revival style architecture has integrated its way into stereotypes of London architecture and was made even more popular by Big Ben. It’s a significant building in terms of British Politics through centuries, and is the site where Sir Walter Raleigh was executed, is the site of the infamous Gun Powder Plot. Guided tours are available at the Palace of Westminster, and UK residents can apply to view sessions at the House of Commons for free. Westminster Palace is another iconic building on our list of historical buildings in London. 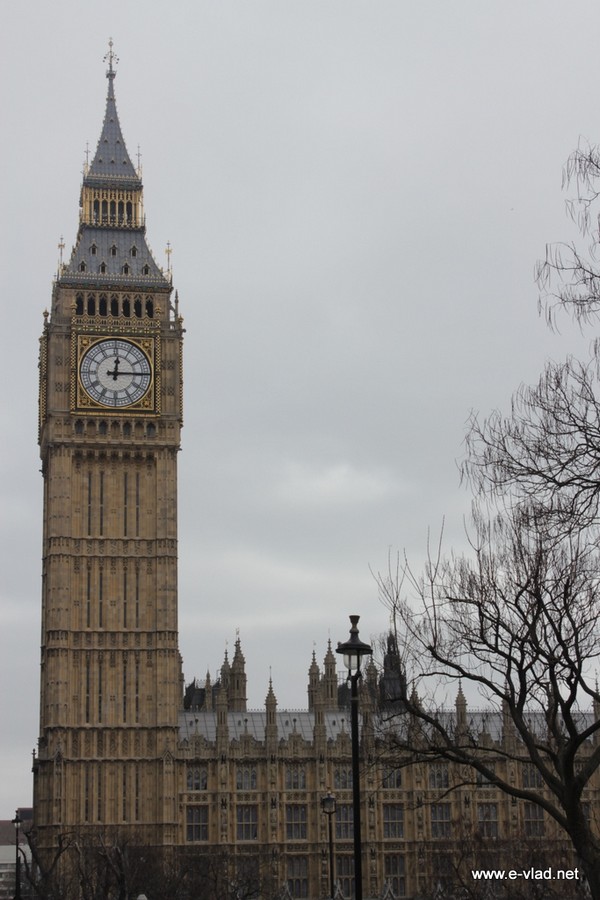 Big Ben is an iconic clock-tower recognized across the world. Neo-gothic in design, this marvel is a prominent symbol of the UK, and in 2008 was voted as the UK’s favorite landmark. Designed and completed in 1859 by famous architect Augustus Pugin, the four-faced clock is technically a part of the Palace of Westminster and has an imposing physical presence. It’s a hot spot for tourists, who love to take pictures with the clock tower. 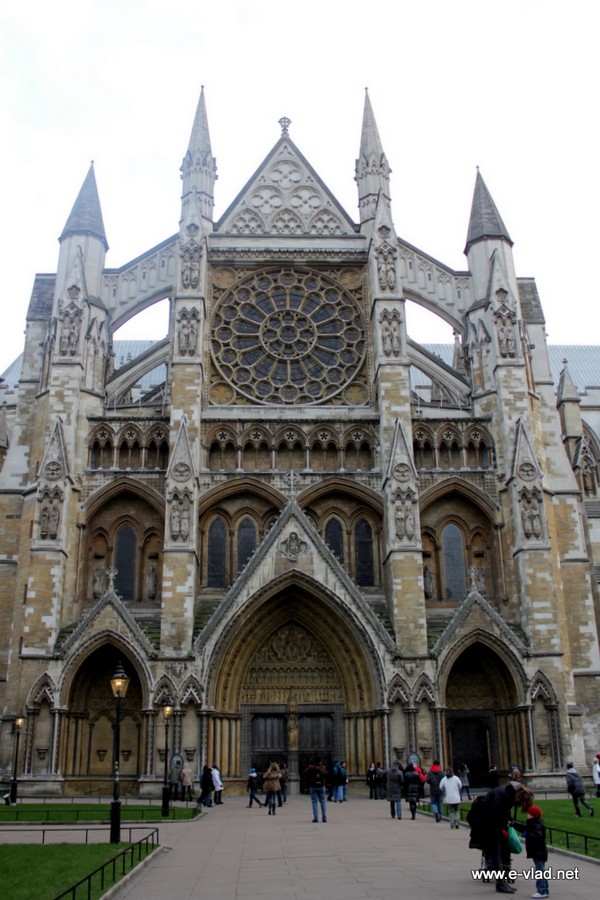 Our list of historical buildings in London would not be complete without mentioning Westminster Abbey. With a history dating back as far as 960-970 AD, the Abbey is one of London’s top landmarks, and is known for its Gothic architecture, similar to Westminster Palace which sits adjacent. Formally known as the Collegiate Church of Saint Peter at Westminster, it is one of the UK’s most notable religious buildings and is the traditional place of royal coronations and a burial site for British monarchs.

Influential figures, such as Charles Dickens, Alfred Tennyson and Jane Austen are commemorated here, and the Abbey has been home to some infamous royal weddings- most recently the Duke and Duchess of Cambridge William and Kate, who married at Westminster Abbey in April 2011- which had 2,200 guests in the Abbey and almost a billion people watching worldwide.

The Abbey is open to the public, who come and pay homage to their favorite explorer, artist, poet or monarch- and is also a popular pilgrimage for those who want to visit this impressive landmark. 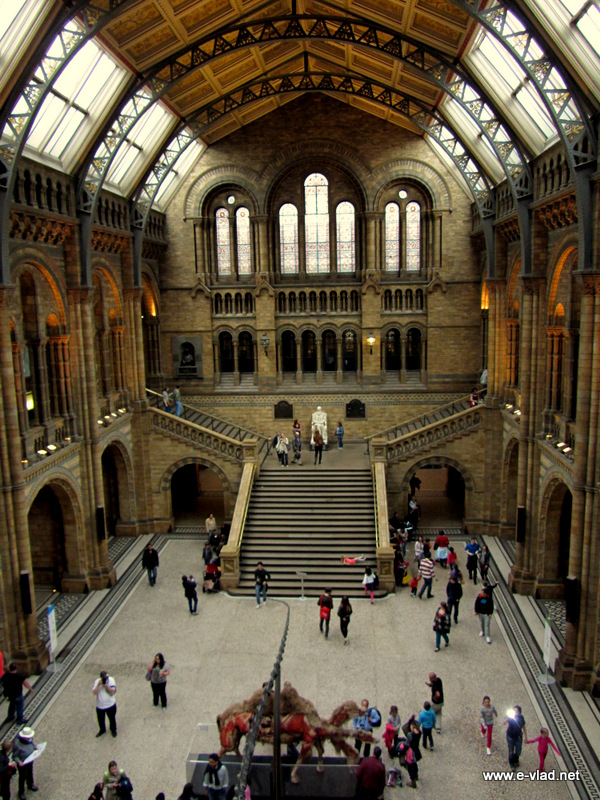 While a newer building, the Natural History Museum is beautiful and deserves a place on our list of historical buildings in London. Located in South Kensington, the Natural History Museum is one of three major museums on Exhibition Road in London. Infamous for its attractions, exhibitions and being a leading science research center, the museum uses its unique collection and expertise to educate and entice the publics minds, displays the wonders and queries of the natural world. The museum has been providing groundbreaking tours since 1990, and millions of visitor’s flock to see the exhibitions annually.

The Natural History Museum is home to an astonishing 80 million items, which are categorized in five main collections: botany, entomology, mineralogy, paleontology, and zoology, in addition to the museum being the center of taxonomy research, identification and conservation. The building holds items of great historical value- such as specimens collected by Charles Darwin, as is renowned for its exhibition of dinosaur skeletons and ornate architecture.

Serving as the mother church of the Diocese of London, St. Paul’s Cathedral sits on Ludgate Hill, which is the highest point of the city – and is a Grade I listed building.

The original church founded on the site dates back to its dedication of Paul the Apostle, and was founded in AD 604, and the present structure was designed by Sir Christopher Wren in the combined style of Baroque, Neoclassical and Gothic in the 17th century.

Working alongside Wren was the French Huguenot ironworker Jean Tijou, who produced the grillwork of the choir, the iron balustrade of the southwest tower, and sculptor Grinling Gibbons, who designed the organ case and the bishop’s throne.

Perhaps the most notable feature is the famous dome, which dominated the skyline of London and has three shells, an outer one, concealed brick cone for support purposes, and an inner dome. The domes offer a panoramic view of London- but only after 530 steps and 280 feet above ground. Notable figures, such as Lord Nelson, the Duke of Wellington and Wren himself are entombed in the cathedral- and the church is a popular place with tourists who travel to admire the stunning architecture. Even though a newer building, St Paul’s has an amazing history and should clearly be part of my list of historical buildings in London. 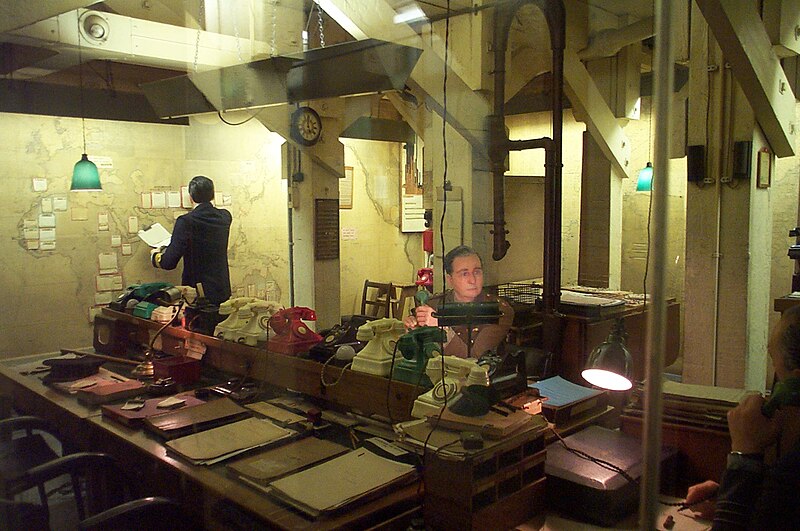 The Map Room in the Churchill Museum and Cabinet War Rooms
Photos by Kaihsu Tai under CC 3.0

Part of the Imperial War Museum is the original Cabinet War Rooms – which are a huge piece of British history. This is the place in which Churchill and his staff sheltered during the Blitz and were once filled with the plotting and planning of World War Two. Churchill War Rooms are my favorite World War 2 museums in London and deserves a place on our list of historical buildings in London.

It’s a place that will transport you back in time, and each room and corridor has a story to tell. Visitors can walk in the footsteps of Churchill and live in the rooms which became function in August 1939 – just one week before Britain declared war on Germany. The rooms remained in operation throughout the second world war and were abandoned in 1945 after the surrender of Japan.

Construction of the cabinets began beneath the Treasury building in the Whitehall area of Westminster, and nowadays have a vast collection of objects which explore the legacy and life of Winston Churchill – from his birth to the commemoration of Churchill on his 80th birthday.

The rooms are open on a daily basis (not including Christmas Day), and offer a physical experience to the realities of war as a destructive and creative force, challenging the perspective of war and enriching visitors understanding of cause, course and consequence.

About the author: Bruna Pani specializes in writing property related content for We Buy Any House.