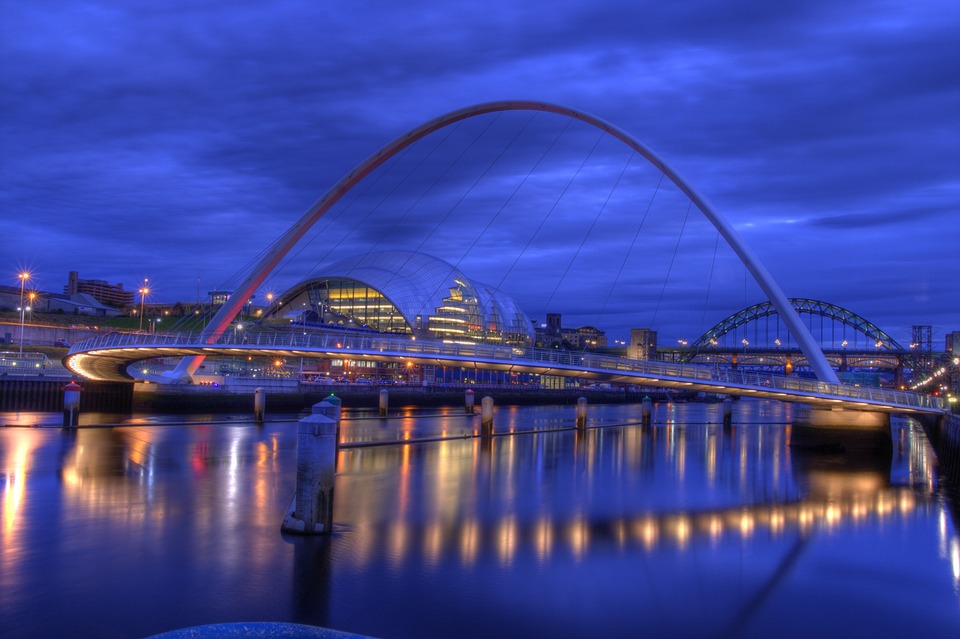 The clubs of the Premier League are spread out all over England, from way in the south to the farthest north. And we do mean way up north, as in, all the way in Geordieland: Newcastle upon Tyne, or just Newcastle. This is certainly an interesting city for a Premier League team like Newcastle United: you’ve got the prestige of professional association football set against the backdrop of this famously industrial port city. Come along as we explore 3 things to see in Newcastle upon Tyne.

However, even if you’re coming for a Premier League football match, don’t let Newcastle’s history fool you into thinking this isn’t a place to investigate on your own. If you’re in town for a match, there’s plenty to do and see in the area. Once you’ve gone to a Newcastle United match, be sure to spend a weekend in Newcastle to see some of the following sites. 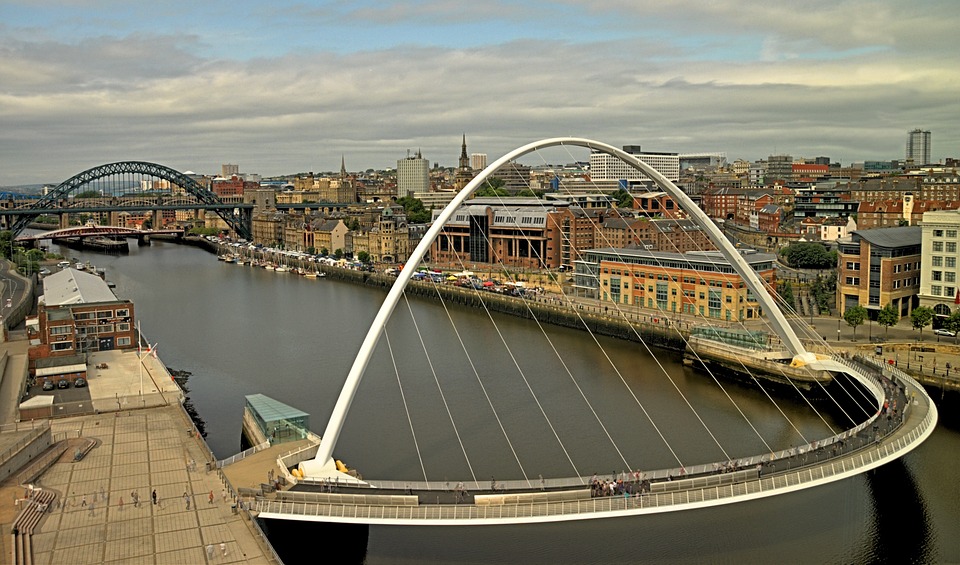 The Tyne bridges, including the Tyne Bridge and the Gateshead Millennium Bridge, with the skyline of Newcastle upon Tyne in the background, as seen from the Baltic Gallery, Gateshead.

For some real exposure to the history and character of the city, you’ll want to see the Tyne bridges up close. There are seven of these in Newcastle and the surrounding region, and like all bridges, they’re meant to span otherwise uncrossable bodies of water. In this case, the bridges span the River Tyne, but there’s one among the seven that’s particularly famous: the aptly named Tyne Bridge.

This opened in 1928 to become the bridge with the largest arch in the world (since surpassed). You may have even seen images of the famous structure, but it’s definitely worth witnessing in person.

Looking for some more entertainment? You’ll want to make a stop at Newcastle’s famous Theatre Royal. The grand and beautiful neoclassical theatre opened in 1837 and has been entertaining the masses with fun theatrical performances ever since. One look at the ornate gold and red interior, with its multiple levels of seating and accommodating boxes, and you’ll no doubt want to catch the next show here.

In these pandemic times, the Theatre Royal has strictly complied with the government’s COVID-19 safety guidelines and so has been able to open for shows again. You can contact the theater to learn about getting tickets.

For all you history lovers out there, the final item on our list is Newcastle’s Great North Museum: Hancock, founded in 1884. This is a beautiful Victorian building that houses historical artefacts ranging from ancient Rome to Greece to Egypt. You can also catch some prehistoric collections featuring dinosaur remains and more, and the children will love the museum’s interactive exhibits.

The Great North Museum: Hancock is all set to open in the spring of 2021 after following the COVID-19 safety precautions, so be sure to check this one out, and all the previous items, on your next trip up north to Newcastle!

Plan Your Trip to St. James’ Park in Newcastle

If you’re coming in from further away, it will likely still be easy for you to get to the stadium. For those coming in from out of town, St. James’ Park is within walking distance from Newcastle Central Station, so if you’re visiting from Liverpool, York, Leeds, and more, you’ll be close to the stadium when you arrive. Monument Metro Station is also a short walk away from the stadium for those traveling via Tyne and Wear Metro. Local and regional bus stations are also walkable from St. James’ Park. Walking, cycling, and using public transportation are recommended, as finding a parking spot in the area might be difficult.

About the Author: Michael R. is an SEO content writer who enjoys collecting music and learning guitar. He is also a big sports fan who tries to keep up with every team.