Canada is renowned for its maple syrup and winter sports. Yet, if you look deeper, this large nation has many traits that are hidden in plain sight, most of them in Ontario.

Ontario is the most populous province in Canada, boasting over 14 million as of 2019. Forty-three million tourists pass through Ontario each year, but so few get to experience all the history the land has to offer. Listed below are just five fascinating historical facts about Ontario that you probably didn’t know.

On the shores of Lake Ontario stands a monument commemorating the site of STS 103, or “Camp X.” The camp was established to train Allied spies during World War II. It also served as a secret communication relay station for the United States and England. 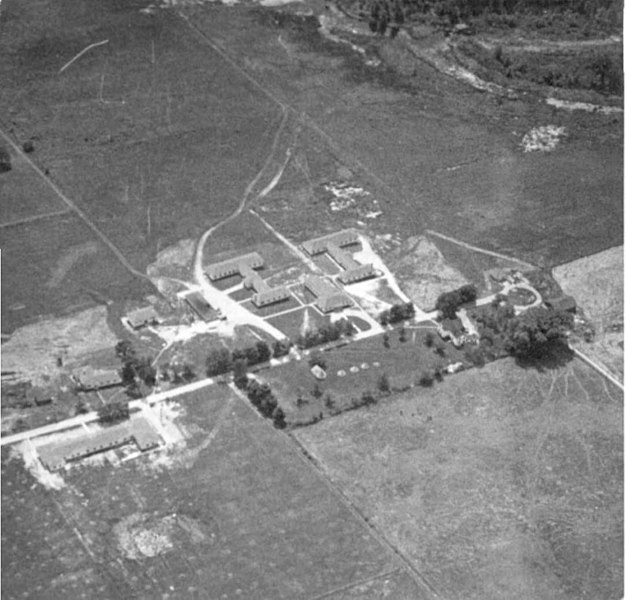 In its heyday, Camp X saw over a thousand students. Two noteworthy pupils were none other than Ian Fleming, creator of James Bond, and Roald Dahl, author of Charlie & The Chocolate Factory. Many of the original buildings were dismantled in 1969, but the Camp X Museum Society conducts free walking tours.

Americans are familiar with the tall tale of Paul Bunyan, but Canadians have a real giant logger named Joseph “Jos” Montferrand. Jos stood six feet, four inches tall and possessed a strength that made him an expert logger and fighter. Early records claim he won a boxing championship match in 1820 with one punch, at the age of sixteen.

The logging town of Mattawa honors Jos to this day in folklore and a song by Stompin’ Tom Connors. Around Mattawa, he’s known as “Big Joe Mufferaw” from non-Canadians struggling to pronounce his last name. A hand-carved wooden statue of “Big Joe” stands today on Explorer’s Point outside the Mattawa Museum and Historical Society.

Searching through listings marked “Ottawa houses for sale” will list many valuable attributes about Canada’s capital city, but the crown jewel is the marvellous Rideau Canal. The Rideau is a UNESCO World Heritage Site that connects Lake Ontario with the Ottawa and St. Lawrence rivers. The initial purpose of the Rideau was to aid the Canadian military following the War of 1812, but was adapted to suit commercial travel.
Once rail transport came along, it began to be used for leisure. During wintertime, a frozen section of the waterway is converted into what the Guinness Book of World Records declared to be “the world’s largest outdoor skateway.”

Located within the Greater Toronto Area- the cultural epicenter of Canada- you’ll find the ornate Pacific Mall. The mall was expanded from the Market Village shopping center in 1997 to cater to Toronto’s Chinese population.

Shopping inside Pacific Mall on a Sunday afternoon
(photo by OwenX under CC BY-SA 3.0)

Pacific Mall was designed to resemble Hong Kong’s “Pacific Place” shopping arcade while offering an array of bilingual stores and services. There’s even a “Heritage Town” marketplace which gives both residents and tourists all the atmosphere of Chinatown without having to drive into the city.

Niagara Falls is a romantic landmark and an exciting challenge. Of the three waterfalls that divide Ontario and New York, the Horseshoe Falls is the best for death-defying stunts. One notable feat was performed in 1901 by a 63-year-old schoolteacher named Annie Edson Taylor.

As a way of raising money, Taylor vowed to go over Niagara in a custom made oak-and-iron barrel with a mattress-lined interior. Days before her stunt, she did a test run with her cat, who survived. Taylor took the plunge on October 24th and came out alive, but somewhat bloodied. When reached for comment, she said: “No one ought to ever do that again!”

About the author: Michael R. is an SEO content writer who enjoys collecting music and learning guitar. He is also a big sports fan who tries to keep up with every team.