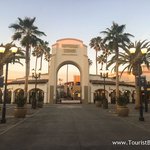 Universal Studios Hollywood, is the quintessential Southern California attraction. This theme park is on everyone’s list of must see places when they visit California. I would say its fame is well deserved and it certainly lives up to all these expectations. I have asked my 12 year old daughter to give you a detailed visitor guide to Universal Studios, Hollywood.

Writing a visitor guide to Universal Studios Hollywood is always tough, because things change all the time. Universal Studios California has been undergoing lots of work and expansions over the last 10 years. Old attractions like Terminator and Shrek have been replaced by new, high-tech entertainment attractions with large screens and amazing contraptions that move you all over the place. 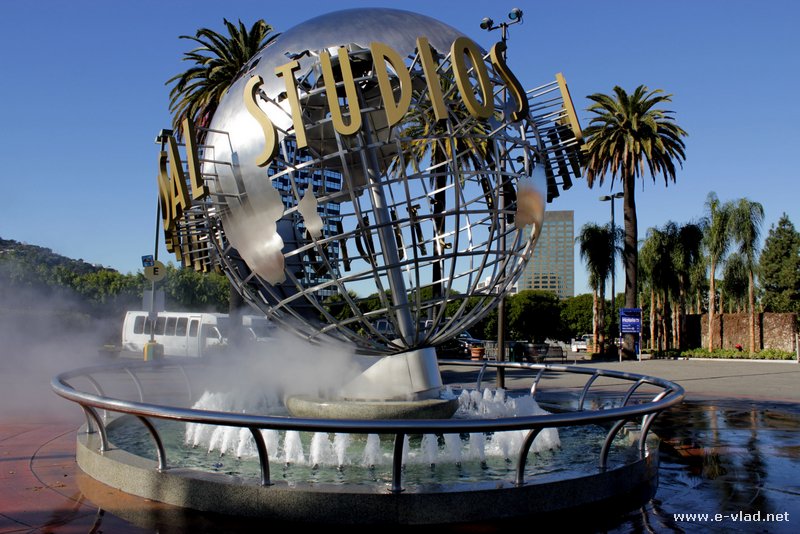 Come along with my 12 year old daughter as she will be walking you through one of her favorite California theme parks.

What to expect when visiting Universal Studios

Universal Studios Hollywood is a fun theme park for all ages. Yet it does have some advantages and disadvantages. Expect to spend the entire day and be very tired by the end of the day.

WAIT TIMES: weekdays=up to 2 hours long weekends=up to 4 hours long summer time=up to 7 hours long. Coming early, right when the park opens will help you get through the long security line faster.

FOOD: Food in Harry Potter land is more expensive=up to $40. So try to eat somewhere where it is not in a themed area,because all themed restaurants will always be more expensive. Or you can always bring your own food and save lots of money.

YOUNG CHILDREN: All children under the age of 48’ are not tall enough to go on the main rides,yet near the Minion Mayhem ride there is a small water play area for children within the height of 48’. Near that location there are also small rides for children! There are also some more playgrounds for young children in some different locations!

MOTION SICKNESS: If you are very prone to motion sickness then you only have very few options. Because universal studios is a movie theme park almost all of the rides (except for The Flight Of The Hippogriff and Jurassic Park) are screen 3D rides. However there are still some shows for you!(see below)

Here are my favorite rides and attractions at Universal Studios Hollywood…in order. There are a lot more things to see, but make sure you see at least these best attractions before you get super tired!

Make sure you have comfortable walking shoes and let’s get started!

Our first and most important stop on my visitor guide to Universal Studios Hollywood is the Wizarding World of Harry Potter! Where you can walkthrough the magical village of Hogsmeade and buy marvelous wizarding treats that you may recognize… Go on the best ride in Universal Studios, an epic Forbidden Journey where you can ride with Harry Potter and his friends. This best ride made me feel like I was riding on a broomstick (3D screen ride)! Right across from this crazy 3D adventure you will find a short and fun roller coaster ride called : The Flight of the Hippogriff. Later on you can get fitted with your own wand at Ollivanders Wand Shop est. 382 B.C.! 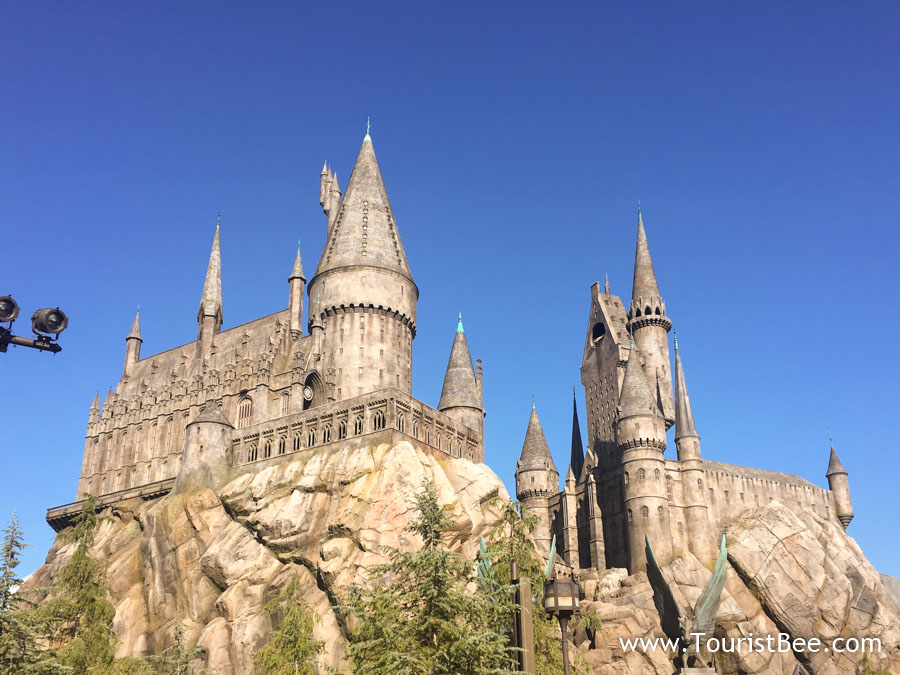 Drink some tasty Butterbeer (non-alcoholic drink),or eat at The Three Broomsticks an original restaurant in Harry’s world! This was a very fun experience for me. And even if you don’t know about Harry Potter I’m sure you will still love it just the same!

Welcome to the ancient Jurassic Park! This is my next favorite stop on my visitor guide to Universal Studios Hollywood. This is a small, but very fun place! You can go on the Jurassic Park: The Ride, which was a very fun ride! You get to see dinosaurs while you are in a boat with water all around you, until you enter the RESTRICTED zone… this was a very fun ride with an 85 foot drop that is sure to get all passengers wet!!! There is also a Dino Play area for young children. 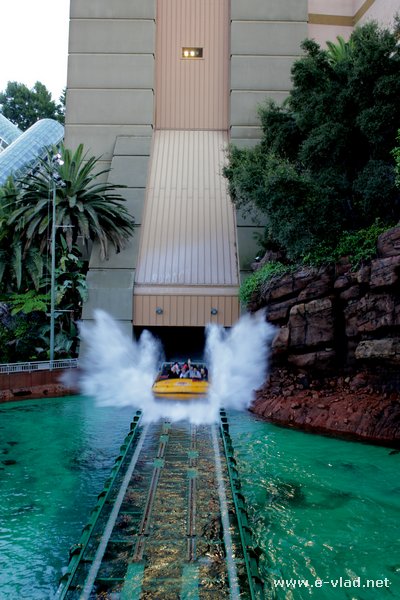 Our next stop on our visitor guide to Universal Studios Hollywood is the Studio Tour. Are you ready to be let in on some awesome movie secrets, experience some breathtaking 3D movie scenes, and see where some of your favorite movies took place?! Well then, all you have to do is grab some 3D glasses and hop onto the Universal Studio Tour Bus and get ready for adventure! I loved this ride because it was pretty much for all ages and my favorite part was the 3D King Kong jungle attack ,because it felt like King Kong was attacking the tour bus!!! 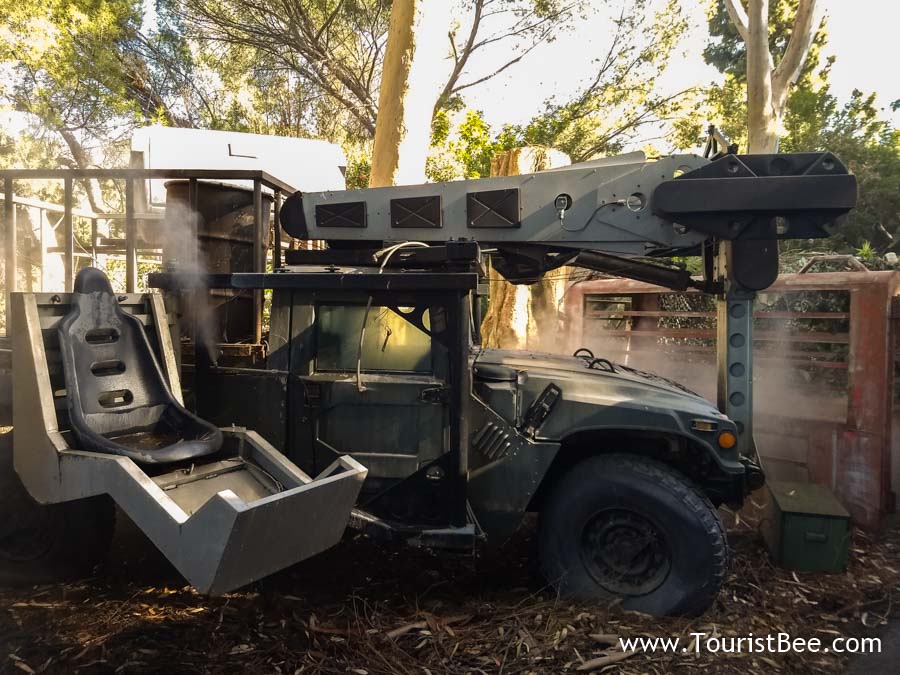 Welcome to the super silly land of the Minions! The Despicable Me attraction is our next stop on my visitor guide to Universal Studios Hollywood. I loved this one because of the ride Minion Mayhem! Where you get to experience Gru’s factory which is full of cute and funny minions…with a special twist! This is for sure the most family friendly place in the whole park! Because there is a whole entire area full of small roller coasters and a water play area all for small children which makes even the little ones have fun (Super Silly Fun Land)!!! 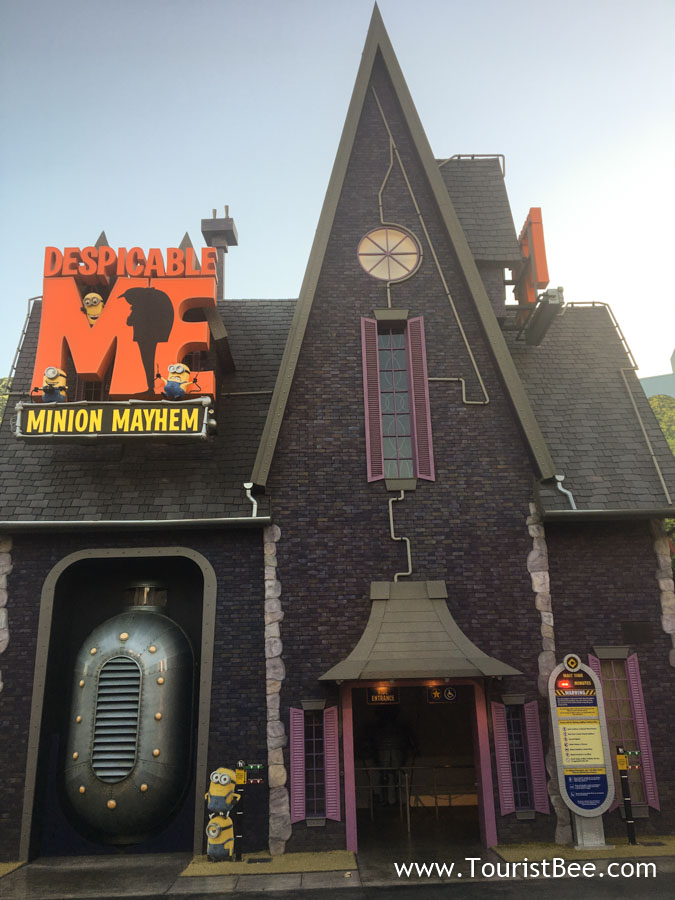 Would you like to see cars transforming into robots right before your eyes?! I loved this ride because I felt like I was on the streets fighting crime with the Transformers! Outside of the ride you can even meet the Transformer robots!

Are you ready to watch Universal Studios #1 rated show?! This was a very fun, interesting, and WET show!!! If it’s a hot day and you want some entertainment and you want to get wet, I highly recommend this show for you! I thought it was a really fun show that showed me how it would be to live in a world with only water.

Next stop on our visitor guide for Universal Studios Hollywood is…animal actors. Actors are mostly human, but pets can be actors too. Welcome to The Universal Animal Actors Show! I loved this show because you could see and meet all of the pet actors from all of your favorite movies (including Hedwig from Harry Potter)! This show is definitely appropriate for all ages!

If you are a fan of the Simpsons TV show this is the right place for you! I however am not very satisfied with it, but it is still a very fun part of the park! The Simpsons ride is an interesting screen ride. And they have delicious and massive donuts at Lard Lad Donuts!

Last must see attraction on my visitor guide to Universal Studios Hollywood is the go-behind-the-scene world of movie effects. Are you ready for some awesome movie secrets and some effects that you would have never even thought of? Well the Special Effects Show will show you, from how to “chop off” a hand to how a person can catch on fire! I do not recommend this show for children under 8 years old because I thought it was pretty scary. 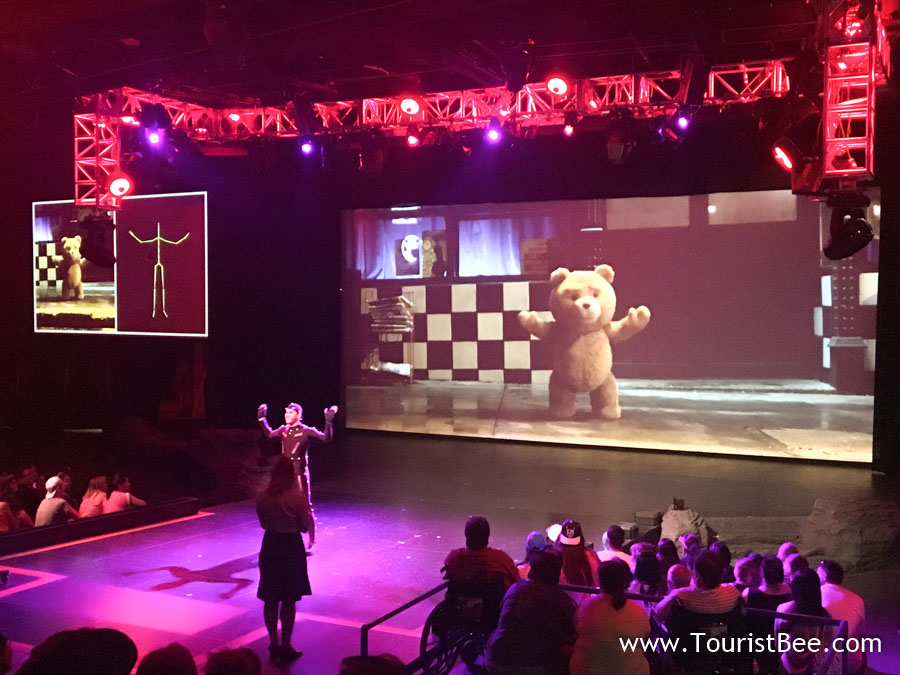 My best resources for planning your trip to Universal Studios, Hollywood

Skip the line VIP ticket to Universal Studios. Pay a little more but you get to skip all the lines and enjoy VIP treatment.

Find a budget hotel around Universal Studios. With over 400 properties in the area, you will find it easy to find a place to stay that fits your budget.

Is it worth visiting Universal Studios Hollywood?

Thank you for coming along my visitor guide to Universal Studios Hollywood! Overall, I really enjoyed this park very, very much, and you will too!!

SMART Travel Planning Course Click for more info...
Subscribe to my newsletter and get your free Smart Travel Kit. Learn how to maximize your money, photography and electronics while traveling, plus practical destination guides delivered to your inbox for free.
No Comments California, USA
Tags:Hollywood, Theme Parks, Universal Studios