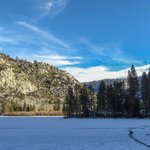 
California is blessed with the ocean but also with lots of tall mountains where there is lots of snow during the winter. Depending where you live in California, you will find quite a few snow places. In this article we will explore my favorite snow places in Northern California. 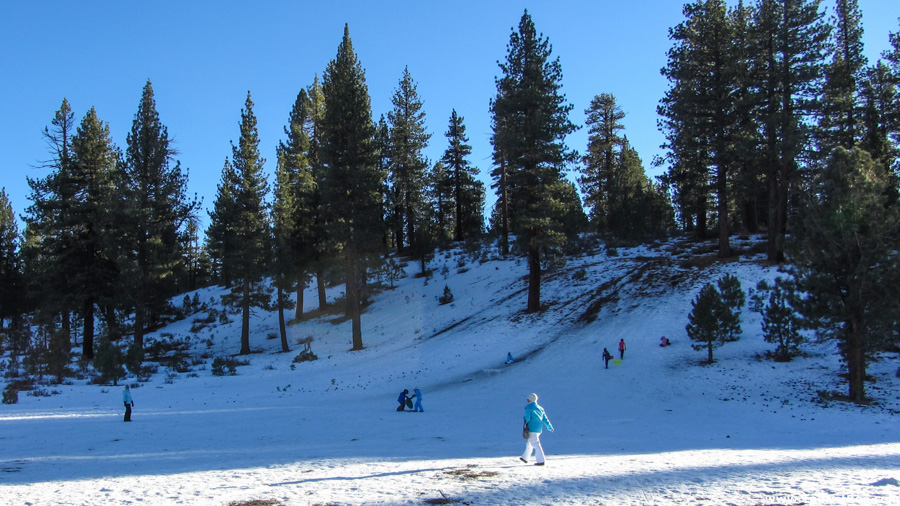 This is a beautiful and free snow play area with great slopes. If there is natural snow, this is the best place to get your small children to play in the snow and ride a sled while you are visiting Mammoth Lakes.

This is a large area with several slopes available for sledding which makes it one of the best snow places in Northern California. In addition, there is plenty of room to build a snowman or start a snowball fight.

We went to this area with a larger group of friends and our kids simply loved this place. The entire group had around 10 kids and they all had great fun.

If you are planning a trip to this area you can look for budget hotels in the June Lake area, or find great prices for hotels in the Mammoth Lakes area. 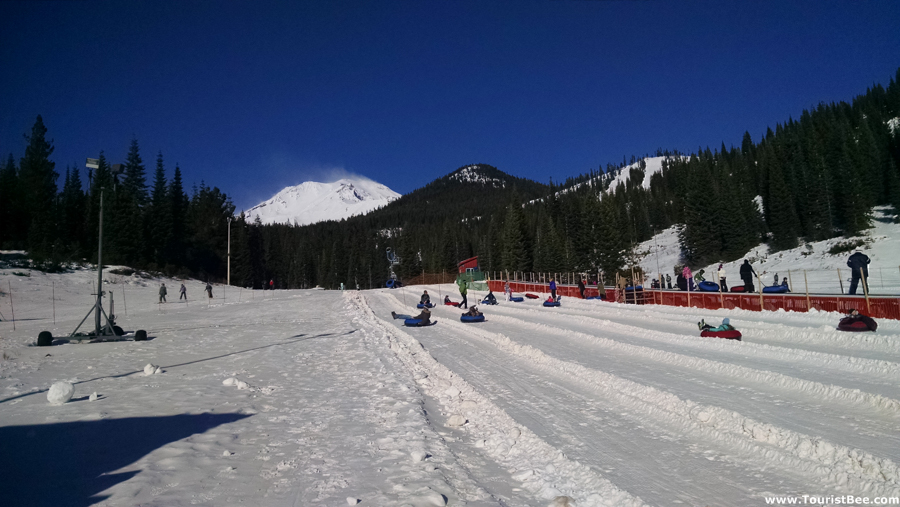 The snow tubing area at Mt Shasta Ski Park is a commercial snow tubing area that is well groomed and well organized. It is pricey however at $20 per adult and $15 per child and there is no official place to build a snowman or simply play in the snow. The ticket is valid for 3 hours but we found that it was more than enough to have fun snow tubing.

If you are planning a trip to the Mount Shasta area you can find budget hotels in the area.

For 2020, during the COVID pandemic, Mt Shasta Ski Park limits people using the amount of available parking spots. They also require masks while waiting at the ski lifts and inside any building.

We enjoyed our visit for half day at the end of December 2020, and while there was not a ton of new snow, the resort was one of the best snow places in Northern California. 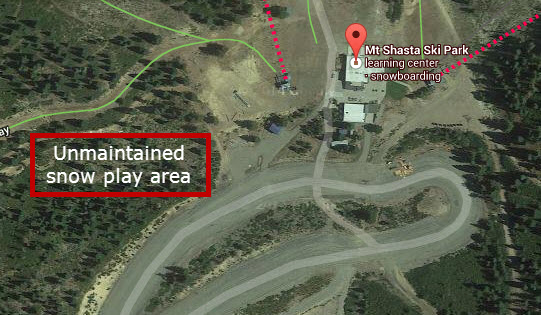 The snow tubing area at Mount Shasta Ski Park is safe and professionally maintained and groomed. It is pricey however and it’s a shame you can’t just play in the snow there, you can’t even throw a snowball. Near the resort entrance however, on the very left of the mountain, there is a large snow play area that is not maintained but it is a lot of fun for children to play in the snow. This area only works if there is natural snow. 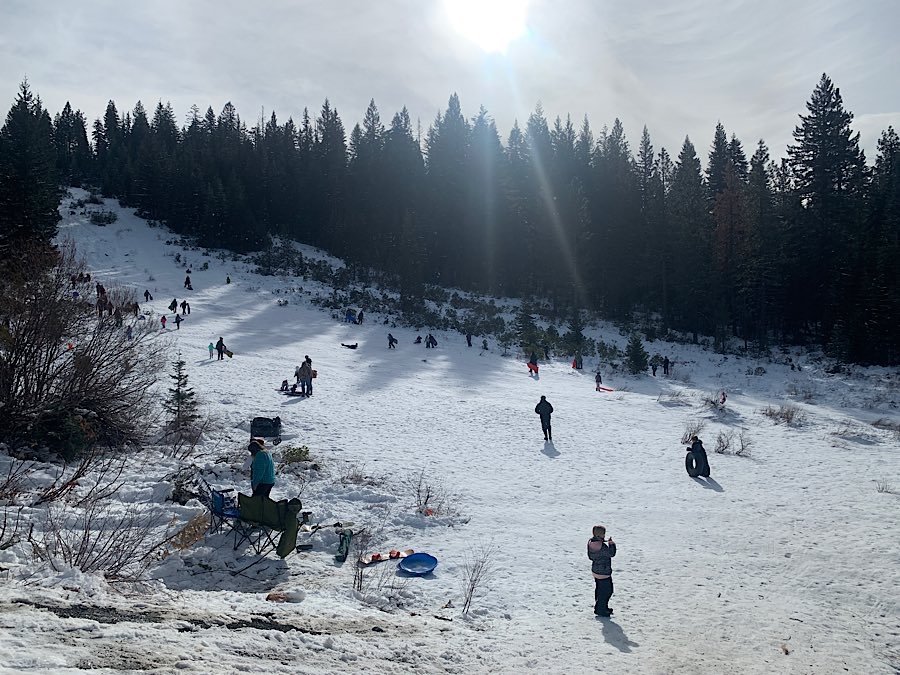 When you drive to Mount Shasta Ski Park you will have to turn left from Highway 89. Exactly at that point on your right there is a beautiful sledding area that looked perfect for little children. There was not enough snow however and the slope looked muddy. So we were forced to drive to the ski park where we knew that the snow tubing area was up and running and our kids would not be disappointed.

This is a great area for snow play and sledding, but it depends only on natural snow. So it may be hit or miss, depending on the conditions.

If you are planning a trip to the Mount Shasta area you can find budget hotels in Mt Shasta. 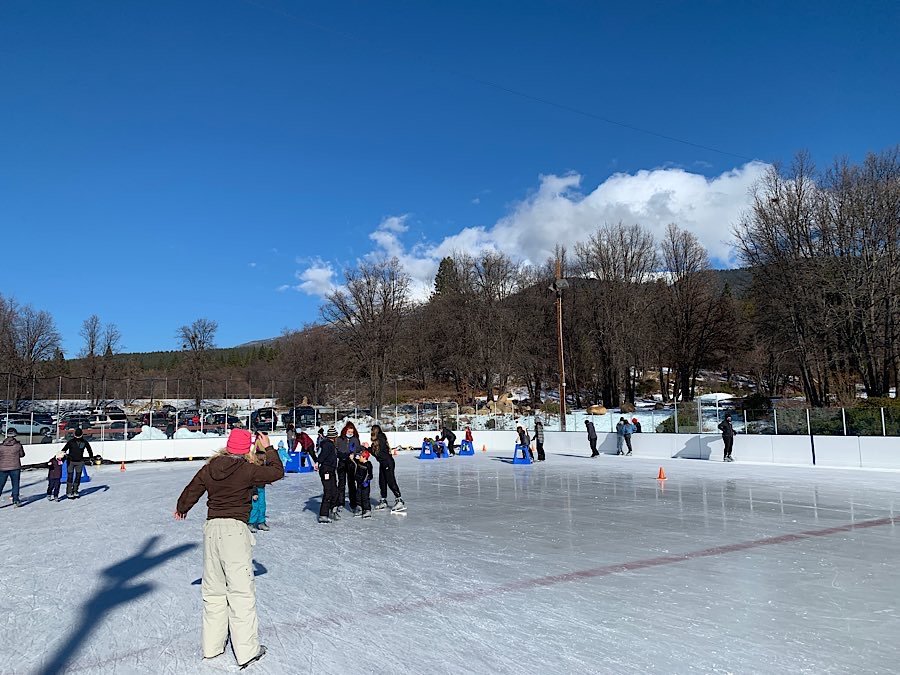 Siskiyou Ice Rink comes high on my list of snow places in Northern California because it’s well maintained, inexpensive and simply fun. Located in the city of Mt Shasta, this small ice rink is located in a beautiful area, with the imposing Mount Shasta peak right in the background.  Offering about one hour sessions of ice skating and available equipment rental, Siskiyou Ice Rink is a great place to have some fun during the winter with your entire family.

This snow play area is at much higher elevation, so you have a lot more chances at finding snow. However you need to check road conditions before heading up there, since the road may close when there is a lot of snow.

Another great place on my list of snow places in Northern California is a favorite with locals from the Redding area. Eskimo Hill is a non-commercial, natural area that is great for sledding and snow play especially great for small children.

Plan Your Trip to Snow Places in Northern California

P.S. Please let me know if you know of any other commercial or non-commercial snow play areas for small children in Northern California.