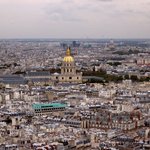 I get tired sometimes about travel experts who have never bought cheap tickets to Europe. They usually give you general information about avoiding the tourist seasons. However most advice missed the point since there is no explanation about how airlines fill their flights. Read on and learn how to buy cheap international plane tickets.

How I flew Los Angeles to Paris round trip for $500

About ten years ago when plane tickets were cheaper and the US dollar was much stronger, I got my best deal on my first trip to France.

I was in between jobs and I had asked my new company if I could start work in a few weeks instead of right away. They said yes and all of a sudden I had time and money to simply get on a plane and fly to Paris, France.

When did I want to leave for Paris?…I was flexible about the day of the week, but I needed to leave very soon since I didn’t have much time. 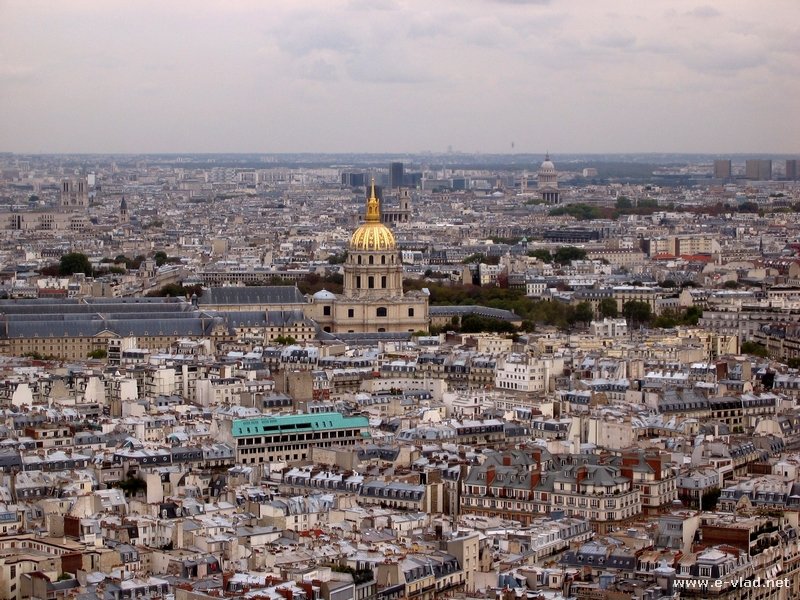 Paris, France – Aerial view of Paris from the top of the Eiffel Tower
See larger photo

I searched online for a cheap plane ticket and found a great deal but it was too close to the flight day and since they were still printing tickets back then (no e-tickets then) I had to drive to downtown Los Angeles and get my physical plane ticket…paper ticket.

In short, I bought the ticket on a Friday and flew out to Paris on Tuesday the following week.

It really was a round trip plane ticket from Los Angeles to Paris, France for just $500!

Why was I able to get such a great deal on my plane ticket to Europe?
Firstly, I had flexibility about the departure and return dates being a able to leave and return during the week. Secondly, it was beginning of March when school was in session everywhere in the world.

The only time when you have a chance of getting a better deal on international plane tickets is when you are flexible on your travel dates.

If you must leave and return on a certain date, just buy your international plane tickets whenever you know your dates and forget about trying to get a better deal. This will save you lots of time and frustration.

However, if you are flexible on the dates of travel then read on, because there are some simple things you can do to make sure you get the best deal on your international plane tickets.

So many people try to guess the best time to fly to make sure they get the cheapest international tickets.

However, the rules are simple.

This means you should try avoiding major holidays and when school is out: Easter, Summer break (mid June to mid August) and Christmas.

If you are flexible enough to avoid these times, then you are guaranteed some huge savings. 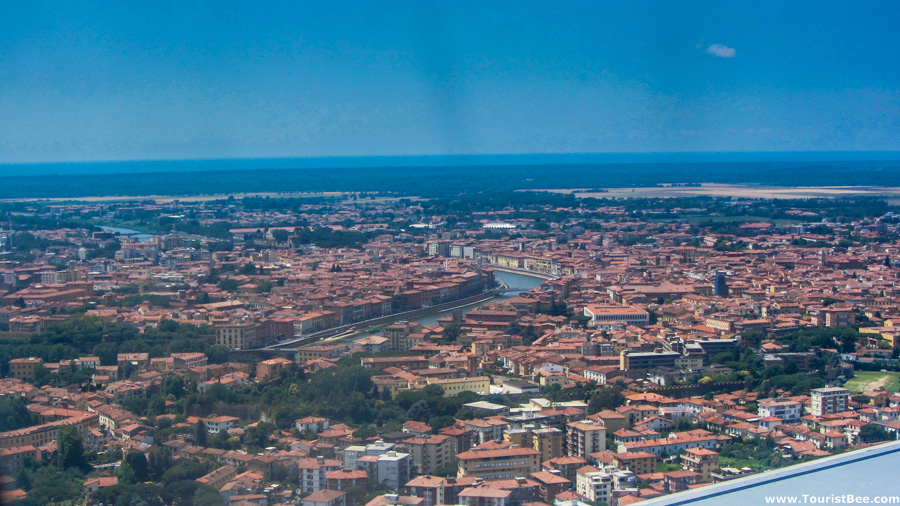 Pisa, Italy – Beautiful aerial view of the northern part of town before landing
See my photos from Pisa, Italy

Here are two rules I use for getting the best deals on plane tickets to Europe.

4. Know where to buy

When I fly to Europe, I use Google Flights, Skyscanner Kayak and Expedia to see what flights and connections are available for my destinations.

However, I have rarely bought my plane tickets at any of the online travel sites.

Instead, I have always bought my plane tickets to Europe through the actual airline that flies into the destination I need. For example, if I fly into Paris I will probably fly AirFrance so I will book my flights on AirFrance.us. In addition I also check United or Delta because they also have some good deals for flying to Europe and they often partner with a European company for flights to Europe.

I have always found the best price and service by dealing directly with the airline.

For connections to Europe I have obtained the best prices on the following routes:

How can you get a great deal on plane tickets?

Let me try to summarize these rules for getting the cheapest plane tickets to Europe. Here is the simplest way to put it.