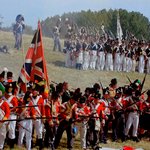 Waterloo, Belgium is one of those places that are immediately recognized by simply mentioning the name. If you have finished a high school anywhere in the world, you should have at least heard about Waterloo. This small place in the Belgian countryside has shaped Europe as we know it today. Especially if you like history, you will like visiting Waterloo, Belgium.

One of the easiest and most meaningful day trips from Brussels is Waterloo. Located about 45 minutes outside of Belgium’s capital Waterloo is brings you face to face with the greatest battle of modern Europe.  Such a small place had such a huge impact on everything we know in Europe today. Come along with me as we take a day trip from Brussels to Waterloo.

The Lion’s Mound – Le Butte du Lion is the main attraction. Go up the stairs and enjoy the view and imagine the battle.

The Panorama building – take in the sights, the action and the sounds of the Battle of Waterloo. A 360 degrees life size painting of the battle. 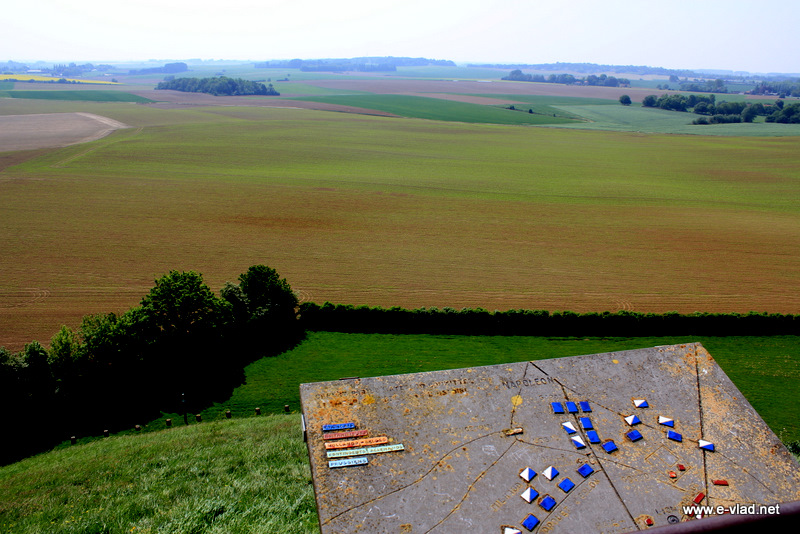 Panorama of the Waterloo battlefield with a map of army positions.
See my photos from Waterloo

The Lion Mound is the main attraction of our day trip from Brussels to Waterloo. It is an artificial hill, build for all the tourists. From the top, you get to experience the vastness of the Waterloo battlefield and maybe feel a little bit this amazing battle.

My suggestion is to check the local weather before going to Waterloo. The first time we visited Waterloo, there was a very thick fog everywhere. It was so thick that we couldn’t see anything anywhere so we decided to not even visit the tourist attraction. The second time we came during the summer during a beautiful sunny day. It was well worth coming back to see this historical spot.

The Lion’s Mound (Butte du Lion) at Waterloo, Belgium was not part of the original landscape. It has been erected when the tourist attraction has been built. The stairs leading to the top of the mound have 226 steps so, by the time you get to the top you will most likely be out of breath. However, it’s worth all the effort to get to the top and take in the beautiful panorama.

On top of the Lion’s Mound you will see a colorful map showing the positions of the opposing armies during the Battle of Waterloo. The beautiful panorama gives your imagination lots of room to explore the famous battle.

2. Visit the Panorama of the Battle 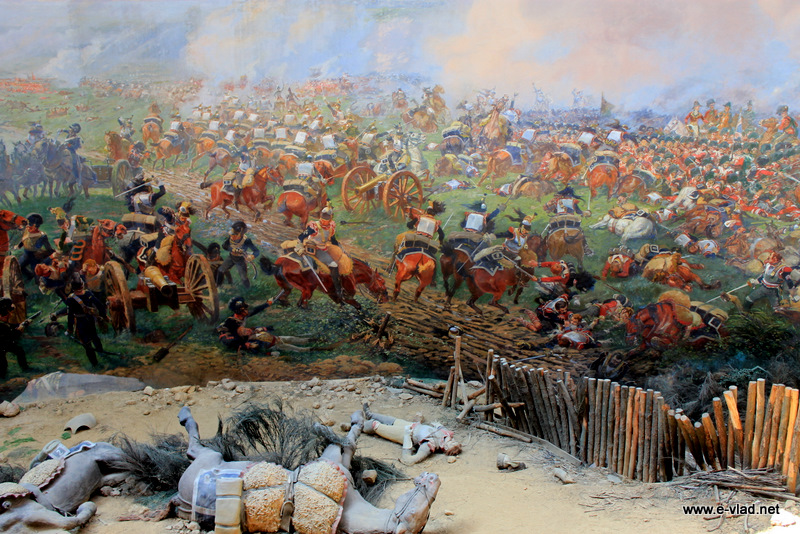 At the bottom of the Lion’s Mound (Le Butte de Lion) you will find a circular building which has a 360 degree painting showing scenes from the Battle of Waterloo. In addition there are some life-size models complementing the painting. The building has a display of fire arms from the battle of Waterloo and some other artifacts from that time.

The Panorama building, as it is called, can be included in your ticket for a few euros extra and it is worth your time, because it gives you a little glimpse into the scale of the battle of Waterloo. It was a great battle indeed!

Plan Your Day Trip from Brussels to Waterloo

Is Waterloo Belgium Worth Visiting?

If you simply could care less about history, then there is not much to see at Waterloo. However, if you care about seeing the scene of one of the most important battles in European history, then you have many things to see and learn by visiting Waterloo, Belgium. Yes there are many stairs to climb, and yes there are only a few hills around, but the view does allow your imagination to experience one of the greatest European battles ever. We thought that it’s definitely worth it taking a day trip from Brussels to Waterloo.