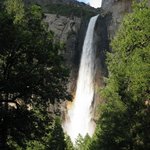 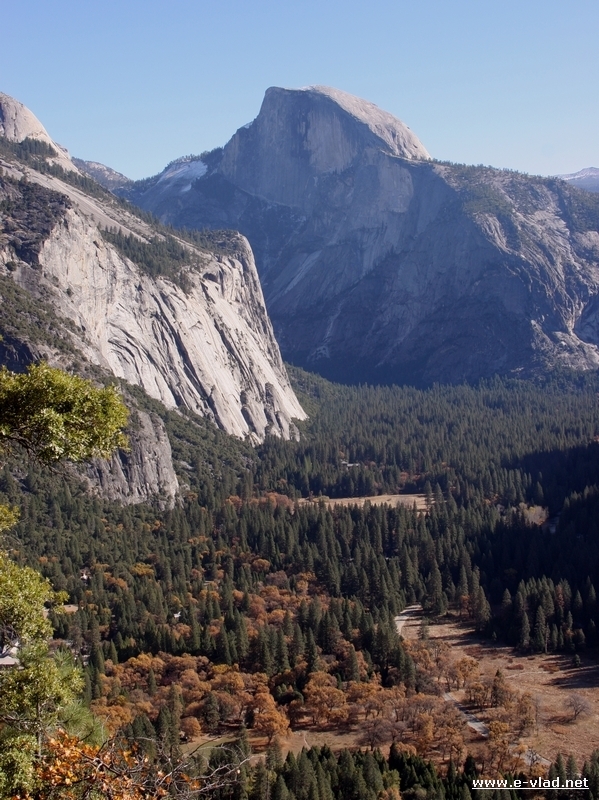 Yosemite Falls trail has been built between 1873 and 1877 and the park’s staff keep working on it to maintain it. This trail leads you to the top of Yosemite Fall which is North America’s tallest waterfall. It is 2425 feet (739 meters) above the Yosemite Valley floor…so it’s a very steep climb to the top. However, when you get to Columbia Rock on top of the fall, the views are simply breathtaking. It is very hard to capture in words and pictures what you see from the top. You just have to hike it yourself. 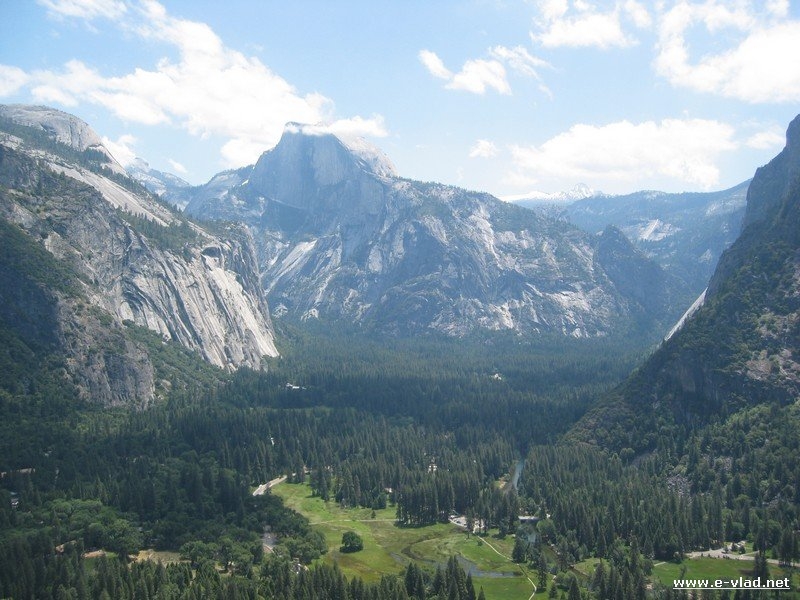 Yosemite Valley seen from Columbia Rock on top of Yosemite Falls. This picture was taken on a summer day.
See my photos of Upper Yosemite Falls hike

How long does it take to hike to Upper Yosemite Falls? Well, the hike is about 7 miles (11km) long and it can take you between 6 and 8 hours round trip to hike Upper Yosemite Falls. If it’s sunny outside, have some sunscreen with you and use it. The sun burns in Yosemite year round. Also, don’t forget to take plenty of water and some comfortable hiking shoes. The trail is very well maintained but I’ll say it again: this is one hard hike and you need to be prepared.

If you are in good shape, then go up! You will be rewarded by one of the best views in Yosemite. The entire Yosemite Valley will be open right underneath your feet and you will also get the best view of Half Dome. I think it’s worth every effort to complete the Upper Yosemite Falls Hike and make it to the top of Yosemite Falls. This hike has become part of my favorite things to do in Yosemite.