Home
Planning
Electronics
The most photographed tourist attractions in the world 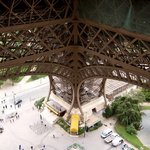 I have recently read a paper presented at the International World Wide Web conference. This paper had to do with a large collection (30 million) of Flickr photos. While the main topic of the paper was about organizing such large collections, a secondary result of the research was some really cool lists with the most photographed cities and tourist attractions in those cities. So, here are these cool statistics.

Ten most photographed cities in the world

If we only look at Flickr and the photographers that post their pictures there, then we can find the most used image city tags. The list is not very surprising but it does certainly confirm the assumptions that most people have about the most popular cities in the world. I was somewhat surprised that Paris was only in the 4th place…I thought it was going to be in the 1st place.

Top seven most photographed tourist attractions in the world

I will only present one more of their findings here, namely the most photographed landmarks. You can see all the other findings in their paper (see resources at the end).

What do you think?