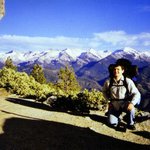 Sequoia National Park is a backpackers paradise. Backpacking will take you away from the hordes of tourists that invade this beautiful park and give you first hand experience of the amazing Sequoia trees.

The Sequoia trees are the real stars

Yes, it’s true ! The Sequoia trees are huge! They’re not the tallest (the Redwood tress are taller) but they are the most massive…they weigh the most. They are also the widest trees and surprisingly they have very shallow roots. That’s why you will see lots of uprooted Sequoia trees.

Trying to circle one of the giant Sequoia trees in Sequoia National Park, California. 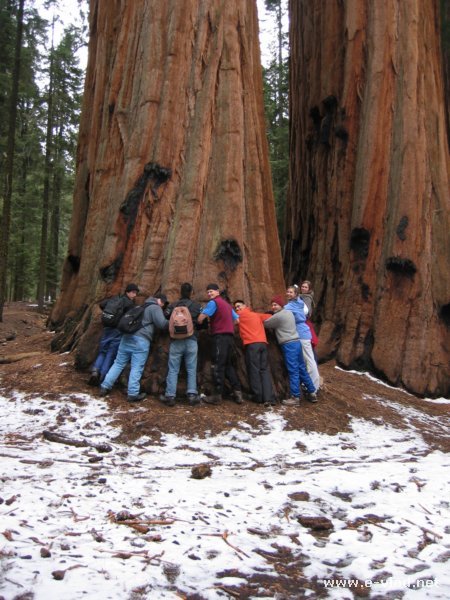 Sequoia trees are also well insulated against fire. Their bark contains lots of air pockets and it doesn’t burn very easily. This is the main reason why the Sequoia trees are still standing after a forest fire.

A Sequoia tree that has survived a real fire in Sequoia National Park, California. 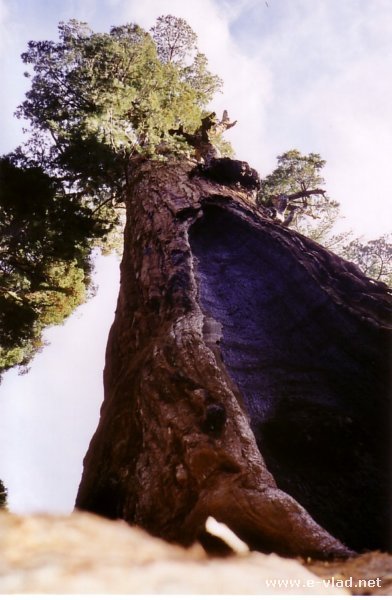 How to get to Sequoia National Park

You must read the official Sequoia National Park website.

During the summer and especially national holidays there can be very long line at the park entrances. Especially around the July 4th holiday, you can wait more than an hour just to enter the park.

During the summer the road to Moro Rock and Crescent Meadow is closed during the weekend. You must use the free shuttle.

Is it worth visiting Sequoia National Park?

Absolutely! Just a spectacular place for everyone! This place has something for everyone…for the avid backpacker and for a family with small children…there are lots of fun things to do.