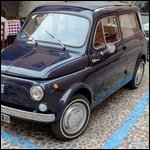 Europe is very different when it comes to means of transportation. While most of us in America, especially in California, rely almost entirely on our cars, Europeans rely most of the times on public transportation. This clearly shows that we prefer to travel alone or just with a few people while Europeans prefer mass transportation like trains, subway and buses. Without trying to analyze which pattern is better, I will write a few tips regarding travel in Europe.

Think twice about renting a car

Car rental in Europe is expensive and gasoline is even more expensive than at home in the US. Now, if you add to that the weak US dollar you get a very expensive picture when contemplating car rental in Europe. If however, there are more than two people in your travel party, renting an affordable car may actually save you money.

In Europe, the subway, train or buses are very reliable, especially in larger cities. If you are traveling alone, these means of transportation are also very cheap compared with the cost of renting a car.
I need to add one note of caution especially in Belgium, France and Italy. Public transportation is great until the public transport workers decide to strike. If you hear of a transportation strike in your area, make alternative arrangements quickly. Strikes in Europe are no joke…everything stops.

Get a transportation map for the area you’re visiting

Whether you’re a map person or not, you can benefit greatly from having a transportation map. The first benefit is almost immediate: you start getting a sense of direction in the area you’re visiting. The second benefit is that most maps identify most important tourist attractions. So, you can get a visual picture of the spots you want to visit. Granted, bus system maps are hard to figure out, but subway and train maps are pretty easy to use. Transportation maps are usually either free or very inexpensive and you find them in most train stations and at every news stand.

Especially between large citye, high speed trains are indeed very fast and very frequent but they are also very expensive. However, most of the railway companies have promotions throughout the year and if you shop early you might be able to see these sales and save a fortune…really! Here’s our example: we were planning to get to Europe sometime in October but I started looking online to get an idea for the price of train tickets. We were planning to go from Paris to Bruxelles and back and then to Geneva and back. We found that regular tickets for both of us would’ve come to about 350 euros. However, in August we noticed a promotion for Bruxelles, round trip for 25 euros and Switzerland for 50 euros round trip. So, by buying in August for October we saved 200 euros. We were able to buy the tickets online and print them here in America way before we ended up using them.

Train passes are not always the best deal

This one is a little tricky because of the very different travel patterns and goals people have. Yes, some people can benefit from train passes that span multiple countries especially if they’re tied by certain dates. I only want to suggest looking for discounts that the train companies offer first. This is especially true if you’re traveling mostly between larger cities and staying a few days in each city. You can end up paying less than the train passes by purchasing individual tickets.

While very convenient and reliable, public transportation in Europe, especially France and Belgium has one constant unknown: frequent strikes. Usually they are announced well in advance and you must make other arrangements. Strikes are no joke in France especially. They’re not like the bus drivers strikes in California when they just decrease the number of buses until the conflict resolves.

Strikes are no joke in France especially. In France and Belgium there are no buses and no trains for the duration of the strike…so you must make other arrangements.

In France and Belgium there are no buses and no trains for the duration of the strike…so you must make other arrangements. The good thing is that the high speed train companies always provide alternative transportation for their passenger, usually by hiring a private bus.

What has been your experience traveling through Europe?

Have you found other ways to save on transportation costs in Europe? Feel free to add a comment and share your own experience.